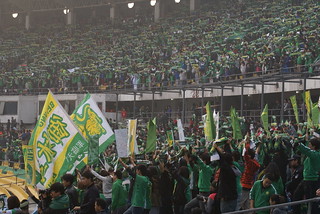 Beijing Guoan (北京国安) is Beijing local team who plays in Chinese League 1. This club was founded in 1992. It is regularly in top3 ranking but without winning lot of competitions (league, cups…) even if a big founding capital company is main sponsor.

I had the chance to go several times to Gongti to see a CSL game (Chinese League). Players’ skills are quite low but the ambiance is amazing. For safety reasons, Stadium is limited to 55 000 persons even it was built for more than 70 000. Even so, the spectacle is astonishing.

Supporters, all wearing green shirts, scarfs or hats, come early to the Stadium and start singing. The different supporters’ groups challenge each other with amazing songs. 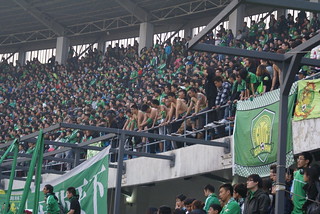 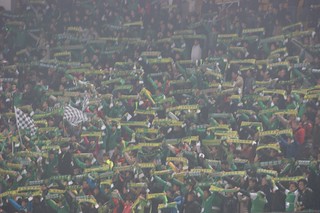 When players come out of locker rooms, Stadium is booming frenetically. All supporters make a huge sound to welcome the teams.
If Beijing team is closed to score a goal, everybody will hop up and down. If the referee or other team players commit a foul, the supporters will insult them and shout “Shabi” (MotherFu***r). 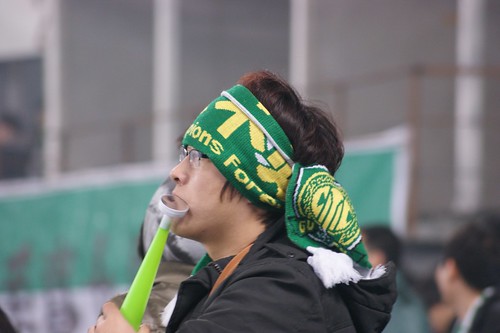 Looking at supporters can be more interesting than following the game on the pitch where the players level is closed to L2 teams in Europe. 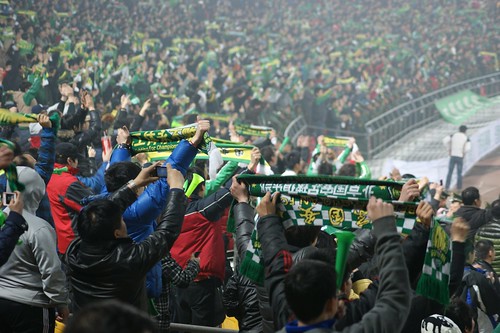 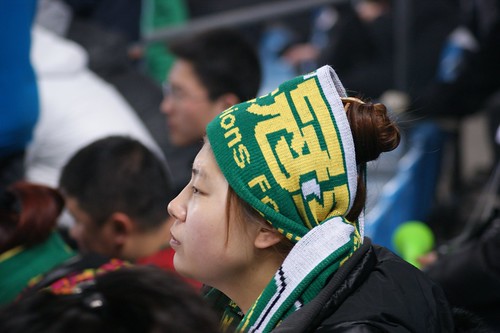 However, it is really interesting to go to the stadium (rather than watching it on TV) and see the passion that those supporters give to their team for a simple football game. I hope that Chinese championship level can increase to be also good on the pitch.

A letter a word foot Supporters
Go to Top